In 2020, we celebrate 25 years of Java. Over those years, Java has given users over two decades of innovation built on the momentum of previous enhancements such as Generics in Java 5, Lambdas in Java 8 and Modules in Java 9, which collectively culminate in boosting performance, stability and security of the Java platform along the way.

And further demonstrating Java’s path of continued innovation, Oracle is proud to announce the general availability of Java 15 for all developers and enterprises, which represents the sixth feature release as part of the six-month cadence. For over two years, this level of predictability allows developers to more easily manage their adoption of innovation thanks to a steady stream of incremental and expected changes. 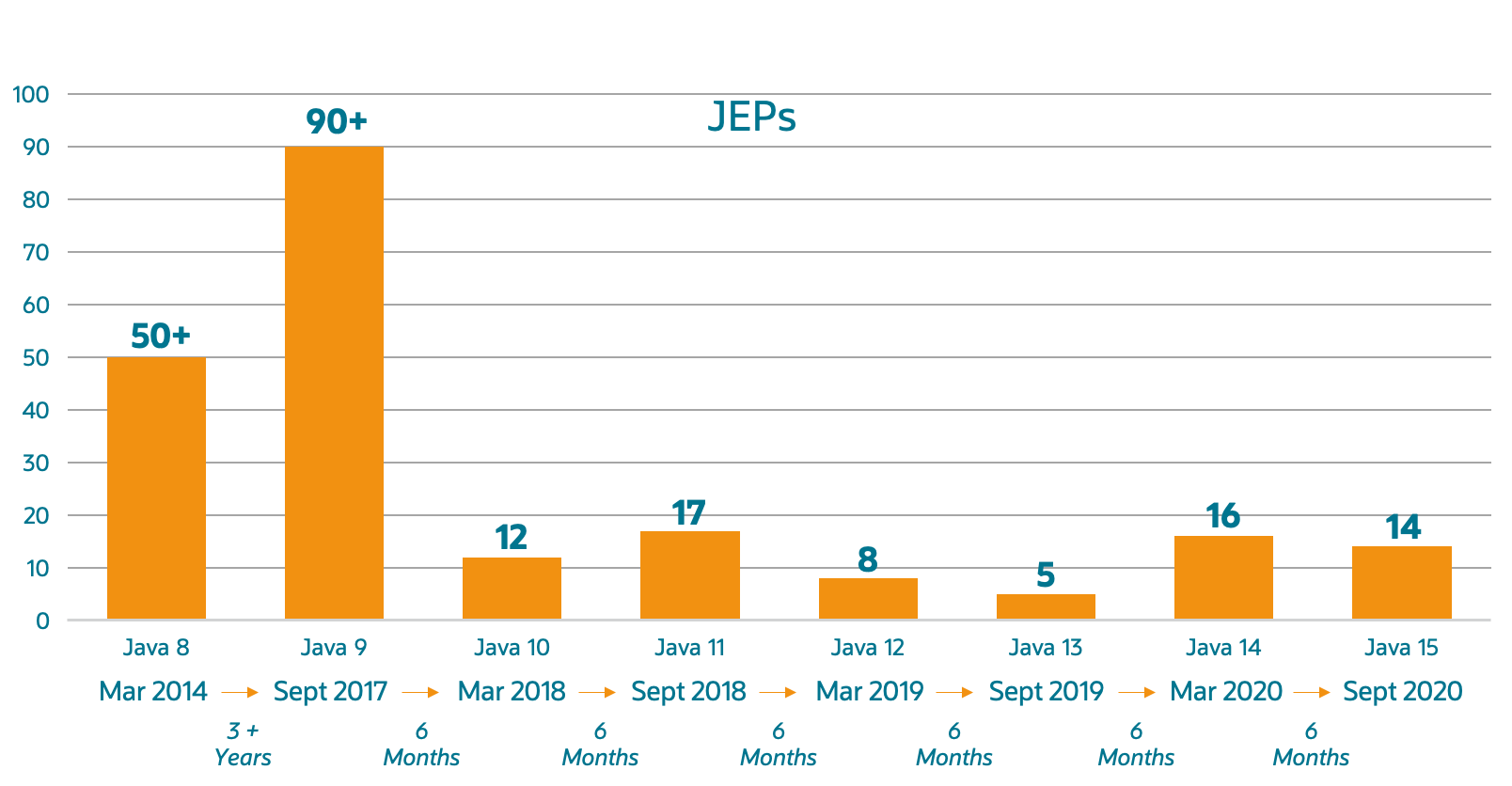 Oracle JDK 15 will receive a minimum of two quarterly update, per the Oracle Critical Patch Update (CPU) schedule, before being followed by Oracle JDK 16. Java 16 will reach general availability in March 2021, and early access builds of Oracle OpenJDK 16 are already being offered at jdk.java.net.

Similar to Java 11, Java 12, Java 13, and Java 14, we continue to celebrate the contributions made to Java 15 from many individuals and organizations in the OpenJDK Community — we all build Java together!

Curious about what is new in Java 15, tooling support and more?